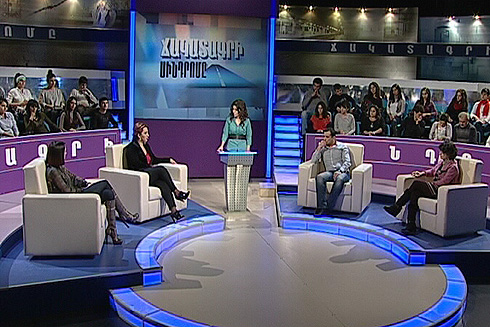 Armenia TV is a highly rated government TV channel of Armenia. The live coverage of Armenia TV channel reaches people worldwide, the channel is the most popular among Armenia citizens living abroad. Armenia TV is offering a wide range of content for the family viewing. The daily programming consists of films, concerts, children's shows, news and more. TV channel will be interesting specially for those viewers, who enjoy watching series and films.

Everyday Armenia TV airs various series and carefully selected films. Many of the films and TV serials are locally produced. The channel airs on Armenian language, which helps the Armenian expat communities to keep the connection with their language and culture. Watch Armenia TV online on any device with Belt and Road TV service.

Also the H1 Sat (the First Public Television of Armenia) has been added to the belt And Road TV.